One night while chatting on the IMF Discord, I inadvertently started a fierce discussion about various schools of philosophy. I had mentioned that someone had compared my music to Bad Religion, a band about which I had no knowledge. I was quickly advised to take that as a compliment and given links to listen to their music, but before I got very far with listening, the discussion took off and coalesced around ways of viewing life through philosophy.

Having once done a whole dreary semester of two college courses in western philosophy and logic, I struggled to pay attention, then finally exited when a stark contrast appeared between nihilism and enlightened humanism, with a thoughtful defense on both sides. I felt bad that I had started such a dark discussion, but I was also awed by the ability of some group members to be highly functional, kind and thoughtful even as they expressed the deep belief that nothing really mattered.

In the months since then, I haven’t been able to let go of that, or to stop thinking about what could offer a better alternative to nihilism for my on-line friends who face an array of complex challenges. And all this has been simmering inside my own long quest to be effective in order to be resilient.

I propose that nihilism now flourishes because we are accessing only 50 percent of the life-tools available to us as human beings, and perhaps far less; I believe that we feel this sense of lacking something vital at a very deep level, and that it is very difficult not to succumb to doubt or depression because of these mysterious feelings. We live so deeply in the realm of things, of possessions and the adventures that we can have with them, that we cannot access or mostly even conceive that there is a realm of energy behind everything.

It is a prima facie principle of energy medicine that the human body is built upon a foundation of distinctly formed energy systems, but we have been generally directed to ignore all evidence of such things as imaginary, and the realm of energy medicine as quackery. This rejection ignores the several thousand-years-or-more history of energy medicine in Asian cultures, which is now thoroughly researched and updated with western understanding, even if you have not yet stumbled onto these ideas. We could also reference quantum physics here to support the existence of energy underlaying everything as well, but we need not venture into those complex waters when there are many ways to use energy to give us effective information without demanding to understand the mysteries behind these tools.

Your sense of reason, thoroughly based in things that can be verified by our five senses since the 1600s when Emanuel Kant created his epistemology, may already be rebelling against the idea of an underlying energy framework for the human body, so it might be more useful to simply use your body to show you your own energy field — your aura, if you prefer.

Hold your hands with palms facing each other, about six to eight inches apart. It may be helpful to close your eyes and to breathe calmly, as you slowly move them together. When you sense them growing close, slowly move them away, repeating the process until you begin to feel something around and between your hands. Not everyone can feel this, and it may take longer for some to do so, but everyone who succeeds uses roughly the same words to describe the sensation: it is slightly different depending on the inward or outward direction of travel.

Please allow me to interject a disclaimer: some part of what I write in this article is wrong, and will eventually be revealed to be so, if only because there is so much more to know in this mysterious universe than I can access. I strive to come as close as I can to truth, and the major intent of this article is to convince you that we can directly access information from the universe to guide us in all sorts of decisions. There are plenty of caveats, but I now propose a collective heading for all known and unknown ways in which we can access the information stored in the energy framework around us: quantum sensing. These tools have been there all along and often used, even as humans lacked a framework for recognizing it.

Is it any wonder that we humans agree on so little? We struggle mightily to fact-check our knowledge with a scientific system that sometimes appears to be crumbling; all we seem to have is research done by fallible human beings and often guided by corporate agendas. But we have the following established systems of quantum sensing already at our disposal, and they could be developed into tools to promote human agreement and cooperation.

1) I like the term silent knowledge for what we often call intuition, insight or inspiration. It is knowledge which comes to us from an unknown source, coming at times in dreams or after a period of intensely pondering a problem. Often described by inventors, it is the original meaning of ‘genius,’ transcendent and fleeting, not something that anyone could ever be or possess.

2) Seeing is the ability to see spectra of energy outside the normal range of our vision. It is a common attribute of healers throughout history, and it gives access to debris stored inside the human energy fields as well as to their structures and how they interact with our physical bodies. Many people have written extensively about this ability and actively utilize it. Some people would sense this rather than actually see it.

3) Remote viewing is described as the ability to acquire information about distant places, people or events using only one’s mind with something related to clairvoyance but which has a fully developed protocol and the advantage of having been a military/CIA program from the early 1970s until 1995. It began as an attempt to prove that the Soviet Union could not be using such a technique because it was not real, but ended up finding a number of people who had excellent RV skills. It is often described as a natural ability that we all have and which can be developed.

4) Dowsing is an ancient art which has been extensively written about for at least 500 years. It is perhaps best known as a tool used by those searching for underground water or mineral deposits, often carrying the strangely well-accepted term water-witching. This is may be the rarest and most difficult form of dowsing, as it seems to require some physical or energetic characteristic that makes a dowsing tool move in the hands of the wielder. But pendulum dowsing seems far easier to carry out and can attain a remarkable degree of precision with limited training. A quick check of YouTube will reveal many videos explaining how to do this, and I would argue that this is the form of quantum sensing which best combines accuracy with ease of use. Careful and systematic use of pendulum dowsing can reveal ideas so logical and organized that they validate the use of the tool by the wisdom received.

There are doubtless other forms of quantum sensing known to human beings or yet to be discovered, and these are only the ones with which I am familiar. My point is that all of these offer us some degree of ability to ask for information directly from (clearly mysterious) sources within the universe, and in creating that connection, feel that there is powerful support available to help us withstand the experience of existence. Since we do not and cannot know where these answers come from, we can ascribe neither blame nor bias to them in the way we now automatically do with our fellow human beings.

So, if you are a musician trying to find a niche, to create a personal voice and sound amidst a sea of fellow competitors, you know how easy it is to be discouraged, especially if you strive to make some part of your living from your passion. If we sing as well as create music, we could feel like we are using our soul as our sail, trying to please our audience as well as our ourselves and often trying to support our fellow musicians with all the love and money we can spare. It is for this special group of people, and for all the love they have shown me, that I write these ideas. I offer quantum sensing as a way to train yourself to seek advice freely from other sources, including the universe itself. I have learned to live this way because I am drawn to mystery, and now I am supported by the ability to draw upon it whenever I need to. 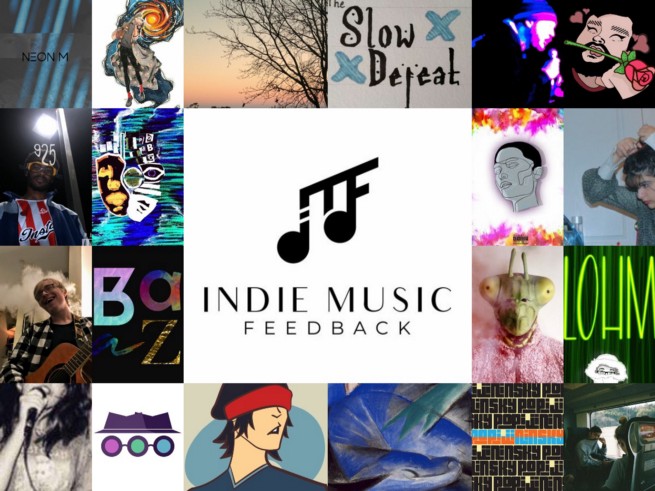 Interested in exploring the tangled web of the Indie Music Feedback community? Here are some excellent starting… 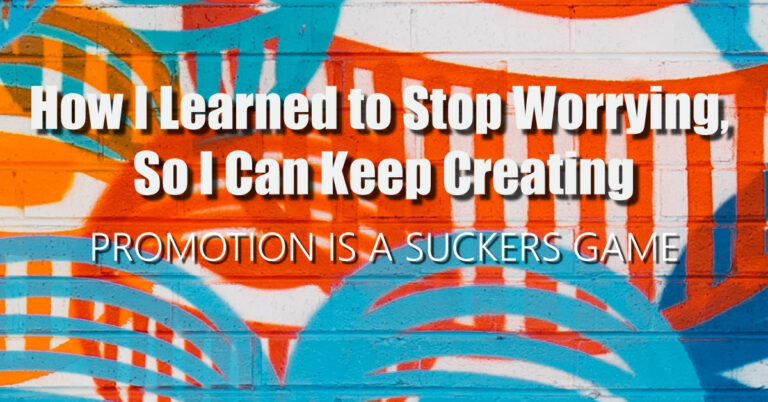 Music, like other creative pursuits, is really competitive. Lots of people make some kind of music, and…

Do you ever wonder what happens when redditors get off reddit and finally start posting something good?… 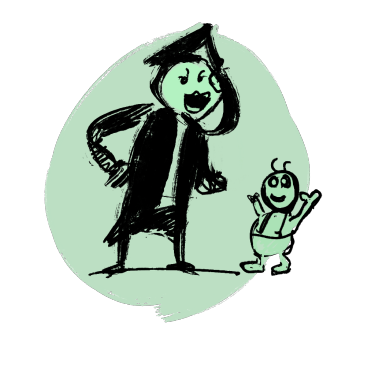 On a relatively mild Spring morning, I opened up the IMF discord to find a fabulous motivational… 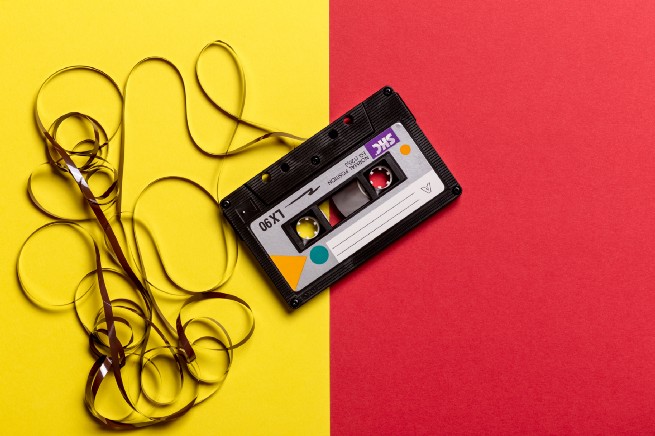 A theoretical case study… Disclaimer: I have a digital marketing background, but I am in no way… 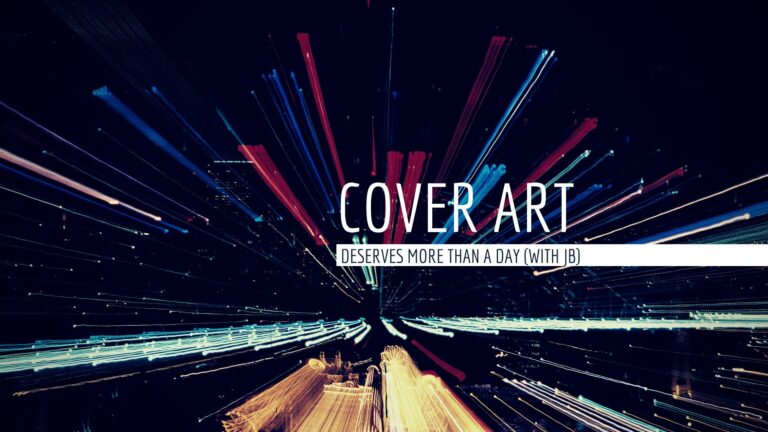